Planning and designing stages naturally do not have any tangible software so most technical tools are irrelevant.

Yet, in many planning and designing stages an experienced product manager turns to users or crowdsourced software testing services for surveys or A/B testing to check the concept/feature that they want to develop, thus, increasing the chances of success of the planned development.

Turning to the crowd at early concept stages leads to insights and inputs that can validate the planned design or entirely change the design scope.

Therefore, best practice on the deployment stage is the use of passive tools (rather than active like automation) that gather and monitor information, monitoring tools rely mainly on logs and can trigger alerts and trend use of the users.

Latest trend is the use of Elastic as a base for those monitoring tools.
One active tool is highly used and highly needed in the deploying stage and it is the Crowd testing one.

Using crowd testing in stage and production environments is popular since it leads to issues that real users will encounter in their real surroundings using their real devices with real user behavior flows which can differ from the testing scenarios conducted while the software was in its previous development stages.
Cannot stress enough how insightful and crucial it is for your business to know what your users really encounter.
Experience shows that many bugs, performance, and non-working main business features are detected at this stage.

Inhouse example, lately a customer launched a crowd testing test cycle In more than 80 countries with hundreds of crowd testers and mobile devices with the main intent to know and review their real users performance.

As a side effect several testers from different countries that tried to fulfill their android application testing reported that the requested application is not available in the store for their devices to download.

Once reported to the customer, that report solved a ‘mystery’ of declining business trends in some countries that the customer tried to understand for several months…. They fixed the issue immediately and resulted in immediate inclining application downloads and increased revenues. 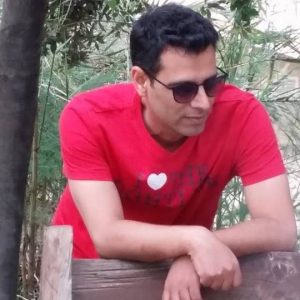 How to Run a Thorough Mobile App Crowd Test

Why to Choose TestPoint